To write a private detective serial has always been one of the items at the top of my to-do list, though trying to write novels and a serial, as well as a blog, and maintain a social media presence, well, you get the idea.

But I made it happen, from a bunch of episodes I wrote a long, long time ago, used these to start it, and then continue on, then as now, never having much of an idea where it was going to end up, or how long it would take to tell the story.

That, I think is the joy of ad hoc writing, even you, as the author, have as much idea of where it’s going as the reader does.

It’s basically been in the mill since 1990, and although I finished it last year, it looks like the beginning to end will have taken exactly 30 years.  Had you asked me 30 years ago if I’d ever get it finished, the answer would be maybe?

I’d like to say he’s from that great literary mold of Sam Spade, or Mickey Spillane, or Phillip Marlow, but he’s not.

But, I’ve watched Humphrey Bogart play Sam Spade with much interest, and modeled Harry and his office on it.  Similarly, I’ve watched Robert Micham play Phillip Marlow with great panache, if not detachment, and added a bit of him to the mix.

Other characters come into play, and all of them, no matter what period they’re from, always seem larger than life.  I’m not above stealing a little of Mary Astor, Peter Lorre or Sidney Greenstreet, to breathe life into beguiling women and dangerous men alike.

The Case of the Unintentional Mummy – this has so many meanings in so many contexts, though I image back in Hollywood in the ’30s and ’40s, this would be excellent fodder for Abbott and Costello

The Case of the Three-Legged Dog – Yes, I suspect there may be a few real-life dogs with three legs, but this plot would involve something more sinister.  And if made out of plaster, yes, they’re always something else inside.

But for mine, to begin with, it was “The Case of the …”, because I had no idea what the case was going to be about, well, I did, but not specifically.

Then I liked the idea of calling it “The Case of the Brother’s Revenge” because I began to have a notion there was a brother no one knew about, but that’s stuff for other stories, not mine, so then went the way of the others.

Now it’s called ‘A Case of Working With the Jones Brothers’, finished the first three drafts, and at the editor for the last.

I have high hopes of publishing it in early 2021.  It even has a cover. 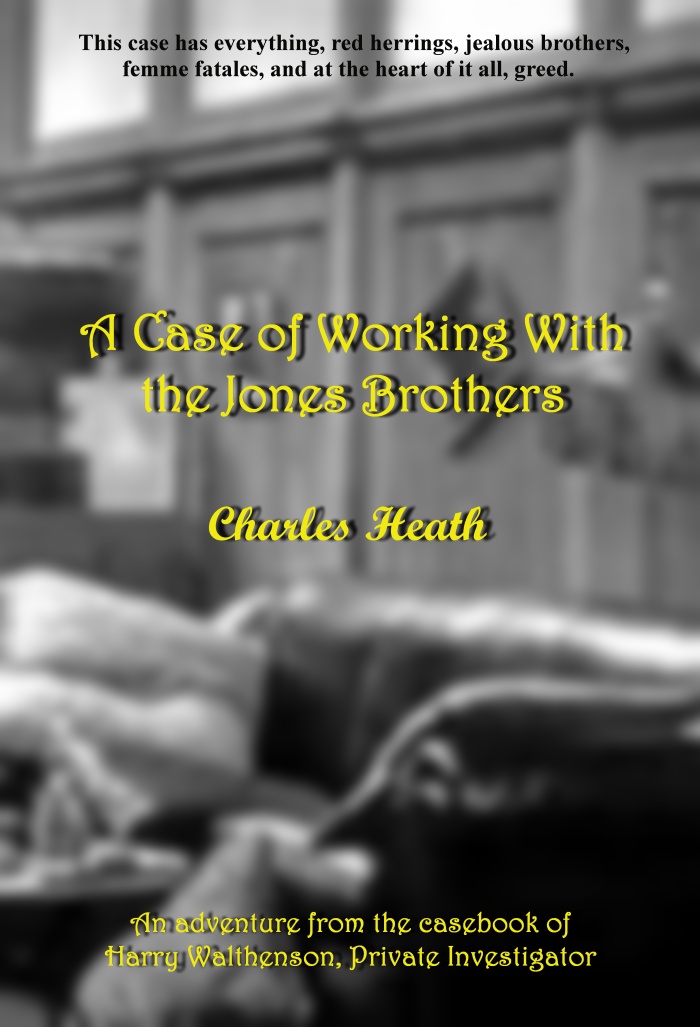