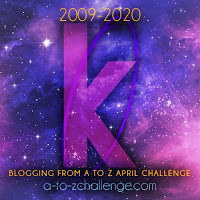 It was, perhaps, the saddest week of my life.

It started with a phone call, then a visit by two police officers.  It was about my parents, but the news could not be imparted over the phone, only in person.  That statement alone told me it was very bad news, so I assumed the worst.

The two police officers, standing at the front door, grim expressions on their faces, completed the picture.  The news, my parents were dead, killed in a freak car accident.

At first, it didn’t sink in.  They were on their way back from another of their extensive holidays, one of many since my father had retired.  I’d seen them probably six months out of the last five years, and the only reason they were returning this time was that my mother needed an operation.

They hadn’t told me why, not that they ever told me very much any time since the day I’d been born, but that was who they were.  I thought them eccentric, being older when I’d come along, and others thought them, well, eccentric.

And being an only child, they packed me off to boarding school, then university, and then found me a job in London, and set me up so that I would only see them weekends if they were home.

I had once wondered if they ever cared about me, keeping me at arm’s length, but my mother some time ago had taken me aside and explained why.  It was my father’s family tradition.  The only part I’d missed was a nanny.

It most likely explained why I didn’t feel their passing as much as I should.

A week later, after a strange funeral where a great many people I’d never met before, and oddly who knew about me, I found myself sitting in the sunroom, a glass of scotch in one hand, and an envelope with my name on it, in the other.

The solicitor, a man I’d never met before, had given it to me at the funeral.   We had, as far as I knew an elderly fellow, one of my father’s old school friends, as the family solicitor, but he hadn’t shown at the funeral and wasn’t at home when I called in on my way home.

It was all very odd.

I refilled the glass and took another look at the envelope.  It was not new, in fact, it had the yellow tinge of age, with discoloration where the flap was.  The writing was almost a scrawl, but identifiable as my father’s handwriting, perhaps an early version as it was now definitely an illegible scrawl.

I’d compared it with the note he’d left me before they had embarked on their last adventure, everything I had to do while caretaking their house.  The last paragraph was the most interesting, instructing me to be present when the cleaning lady came, he’d all but accused her of stealing the candlesticks.

To be honest, I hadn’t realized there were candlesticks to steal, but there they were, on the mantlepiece over the fire in the dining room.  The whole house was almost like being in an adventure park, stairs going up to an array of rooms, mostly no longer used, and staircase to the attic, and then another going down to the cellar.  The attic was locked and had been for as long as I could remember, and the cellar was dank and draughty.

Much like the whole house, but not surprising, it was over 200 years old.

And perhaps it was now mine.  The solicitor, a man by the name of Sir Percival Algernon Bridgewater, had intimated that it might be the last will and testament and had asked me to tell him if it was.  I was surprised that Sir Percival didn’t have the document in question.

And equally. so that the man I knew as his solicitor, Lawerence Wellingham, didn’t have a copy of my father’s last will and testament either.

I finished the drink, picked up the envelope, and opened it.

It contained two sheets of paper, the will, and a letter.  A very short letter.

“If you are reading this I have died before my time.  You will need to find Albert Stritching, and ask him to help you find the murderer.”

Even the tenor of that letter didn’t faze me as it should have, because at this point nothing would surprise me.  In fact, as I  unfolded the document that proclaimed it was the will, I was ready for it to say that whole of his estate and belongings were to be left to some charity, and I would get an annual stipend of a thousand pounds.

In fact, it didn’t.  The whole of his estate was left to my mother should she outlive him, or in the event of her prior decease, to me.

I had to put all of those surprises on hold to answer a knock on the door.

I stood too e side, let him pass, closed the door, and followed him into the front room, the one my mother called the ‘drawing room’ though I never knew why.

He sat in one of the large, comfortable lounge chairs.  I sat in the other.

I showed him the will.  I kept the other back, not knowing what to make of it.

“No surprise there,” Wellingham said.

“Did you have any idea what my father used to do, beyond being, as he put it, a freelance diplomat?”

I thought it a rather odd description but it was better than one he once proffered, ‘I do odd jobs for the government’.

“I didn’t ask.  Knowledge can be dangerous, particularly when associated with your father.  Most of us preferred not to know, but one thing I can tell you.  If anyone tries to tell you what happened to your parents was not an accident, ignore them.  Go live your life, and keep those memories you have of them in the past, and don’t look back.  They were good people, Ken, remember them as such.”

We reminisced for the next hour, making a dent in the scotch, one of my father’s favorite, and he left.

Alone again, the thoughts went back to the second note from my father.  That’s when the house phone rang.

Before I could answer it, a voice said, “My name is Stritching.  Your father might have mentioned me?  We need to talk.”