It’s a town we visited in Italy when on a private tour.  Of course, I wrote it down on a notepad app on my phone at the time, and, yes, not long after that, an accidental reset lost all the data.

Now, I have no idea with the name of the town is, just that it was a picturesque stopover in the middle of a delightful private tour of Tuscany. 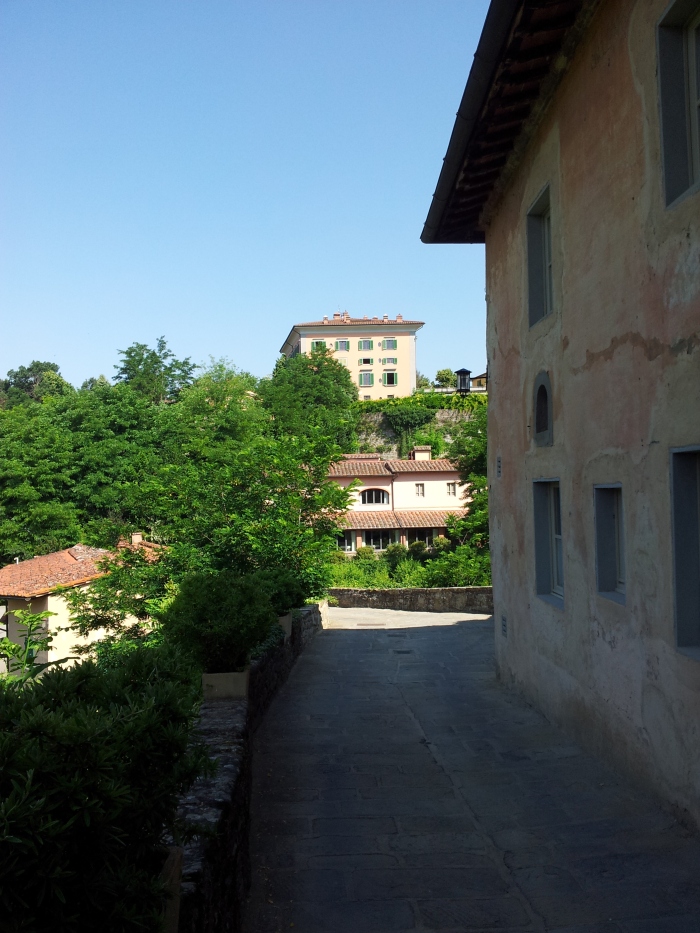 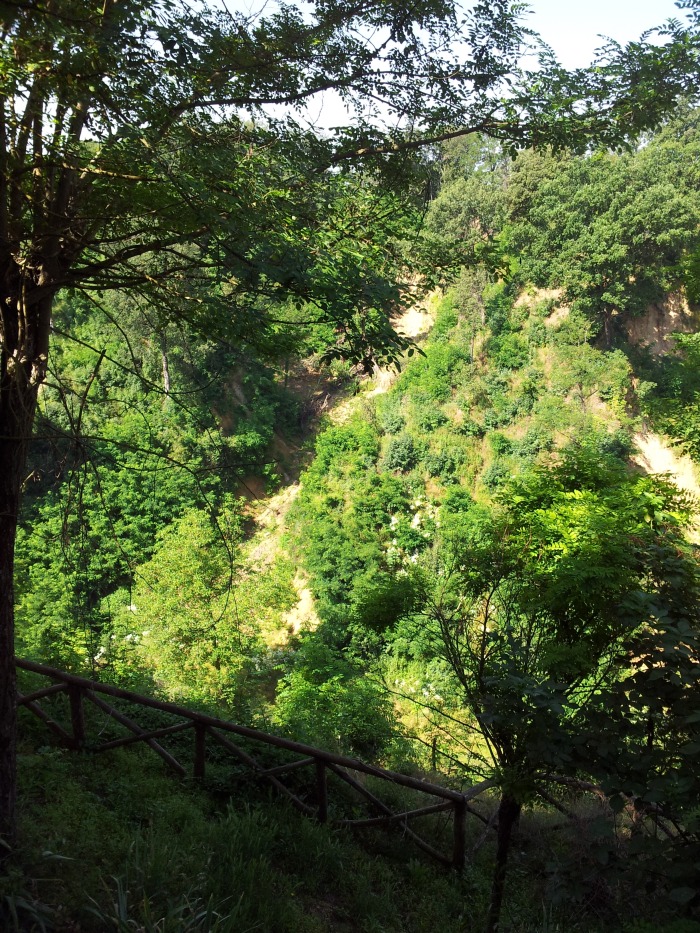 And rather interesting hillsides, some of which provided inspiration for Leonardo da Vinci 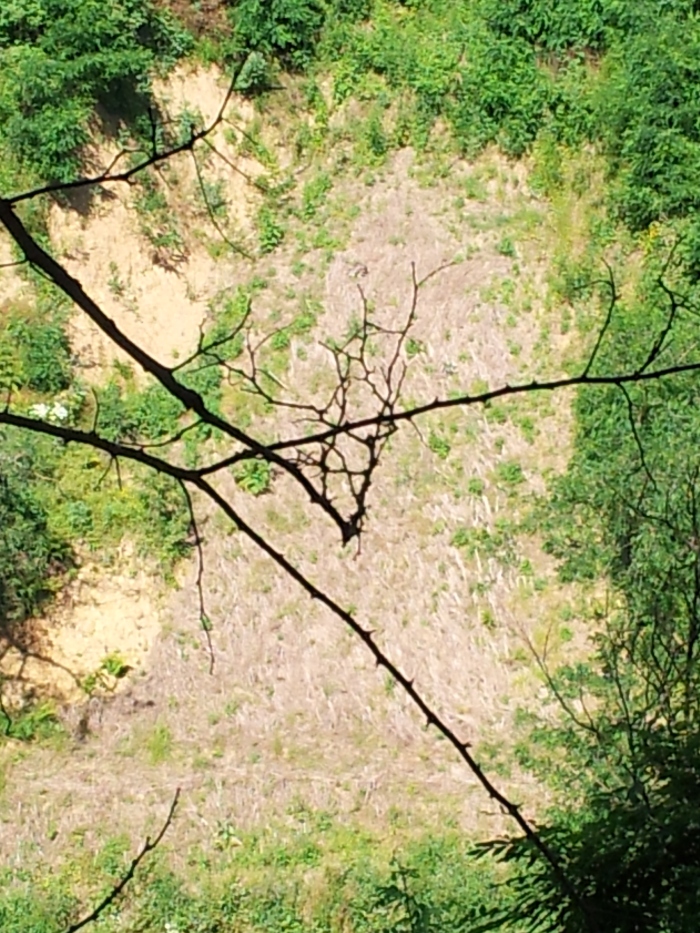 Or maybe it was this landscape, though it is difficult to see what could be found as inspiration in such a bland hillside 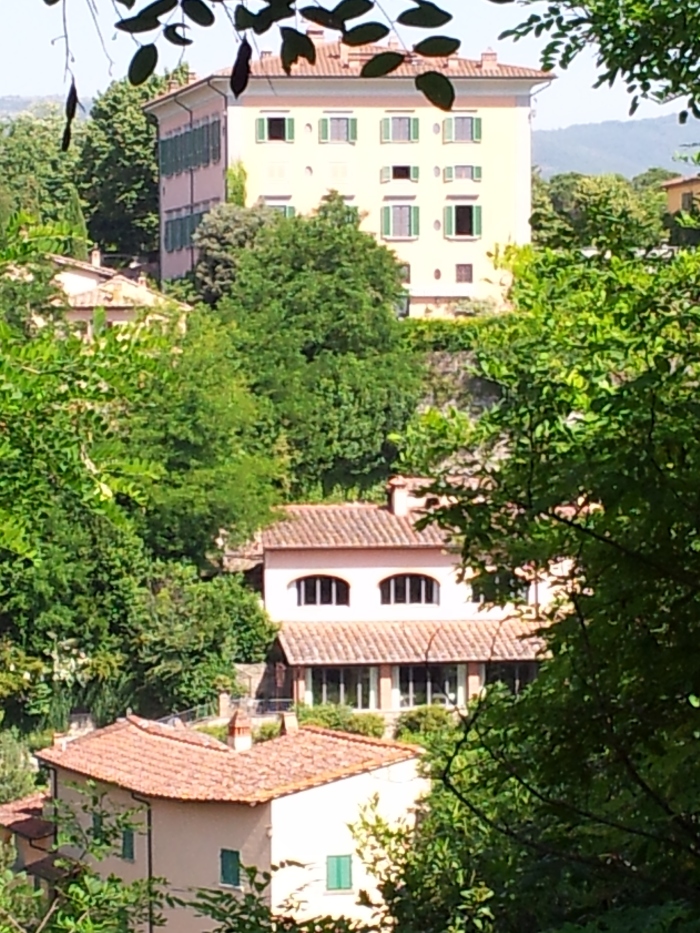 A lot of houses, some of them quite large, nestled in amongst the trees

Gardens, of sorts, balcony’s, not so big, and hidden doorways

Even not so secret passageways between houses.

All in all, it was an interesting visit, and it made me wonder what it would be like to live here, all crowded together, rather than living on our relatively isolated quarter-acre blocks.