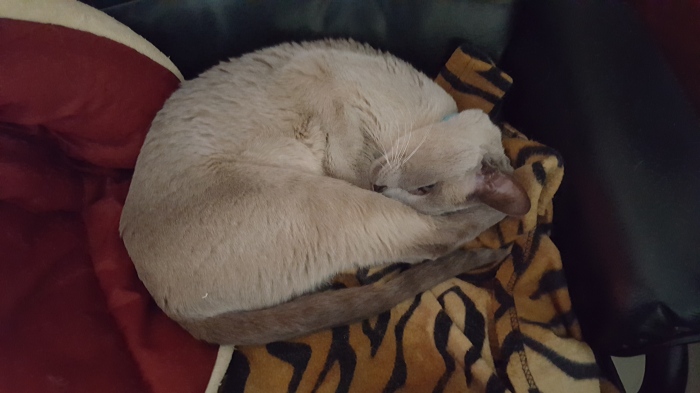 Our focus has mainly centred on getting the NaNoWriMo project done each day, but in between all of this, a number of issues have arisen.

The first, the Maple Leads, and what Chester calls my obsession with ice hockey.

He doesn’t get it. No one plays ice hockey in this country at the same level, and you can never find it mentioned anywhere, so why bother.

Besides he adds in his most cutting tone, they’re a bunch of losers.

So they’ve lost six games in a row and sacked the 50 million dollar coach, but…

To him it’s but nothing. Chester now refuses to watch the ice hockey with me, not until they win again. That 6-1 drubbing two games back was the start of the slide.

I tell him that we’re missing key players and with the newish lineup it takes time to work as a team.

So we move to God Friended Me.

What the hell is going on there. Miles and Cara are stumbling, with doubts seeded, Rakesh has just had his heart torn to shreds and the incoming Bishop is at a crossroads.

So, for a little early advice…

What’s going to happen to Miles and Cara?

Chester: I’m cynical, their the heart of the show, they won’t be forced apart. It’s all about the ratings.

What’s going to happen to Rakesh?

Chester: Draw out the angst for another 14 episodes, we’ll have to keep tuning on to see what happens.

And the bishop and his girlfriend?

Chester: Send them to another parish, they’re just a distraction we don’t need.

I’m inclined to agree with him.

Except about the Maple Leafs. They’re in Pheonix tomorrow, maybe with a new head coach they might pull off a miracle.