We have visited Venice twice, in 2006 and not so long ago.

Not much had changed from visit to visit.

Instead of staying in a hotel selected by a travel agent, the Savoia and Jolanda on the waterfront of Riva Degli Schiavoni, because I’m a Hilton Honors member, more recently we stayed at the Hilton Molino Stucky.  It was located on an island, Giudecca, and had its own transport from the hotel to St Mark’s Square for a very reasonable one-off charge for the stay.

On our first visit, we traveled from Florence to Venice.  We were advised to take a water taxi to the hotel, not only the most direct route but to see some of Venice from the water.  The only drawback, you have to negotiate a price with the driver.

We were not very good negotiators, and it cost 60 Euros.

But, despite the cost, it was worth every Euro because the taxi driver took us by the scenic route, directly from the Station to the doorstep of our hotel.  For a first time in Venice, and you want to see it from the water, a water taxi is the best option.

The first time we stayed at the Savoia and Jolanda Hotel, which was at the time quite old, and the room we had, on the ground floor, was comfortable enough, but being November, they had just stopped using the air conditioning, it was still quite warm and at times uncomfortable.

There were better rooms, but this was beyond the knowledge of the travel agent, and one of the reasons we stopped using agents to book hotels.

The most recent visit we had driven down from Salzburg to Venice airport where we had to return the hire car.  From there we were intending to take a private water taxi from the airport to the hotel, for an estimated 120 Euros.

We saved our money and took the ACTV public waterbus, from the airport to the hotel, with one stop.  It took a little over an hour and was equally as scenic. 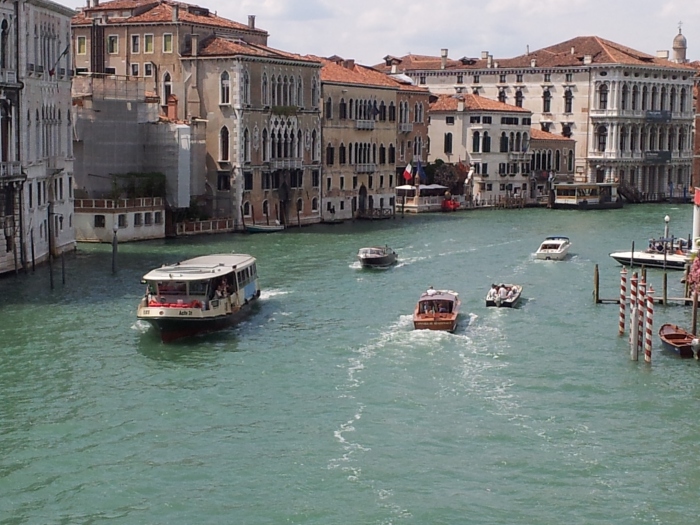 Our room in the Hilton was on one of the upper levels, floor four, and had a view of the canal, the large passenger ships coming and going, as well as a remarkable view of Venice itself as far up the canal to St Marks Square in one direction, and the port for the passenger ships in the other.

We got to see three or four very large passenger ships come and go, along with a lot of other craft.  I hadn’t realized how busy the waterways, and the Grand Canal, were. 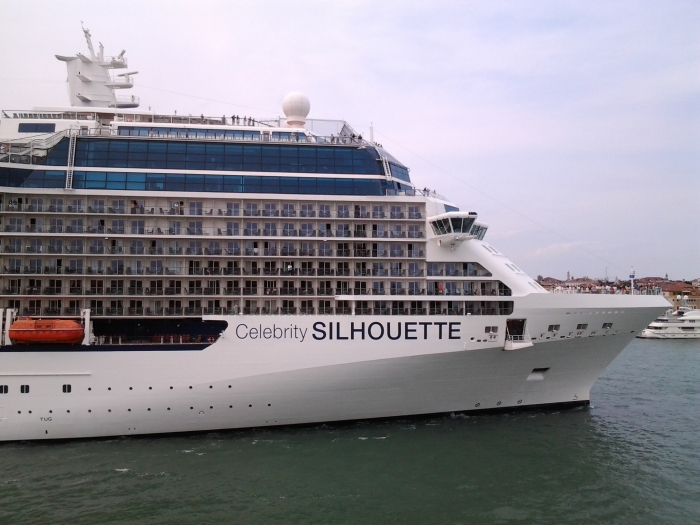 Each evening after a day’s exploring we would end up in the Executive Lounge, and then one of the many restaurants, usually Il Molino for breakfast, and the Rialto Lobby Bar and Lounge for dinner.  After that, it was a stroll down the waterfront taking in the night air, and perhaps to walk off the delicious dinner.