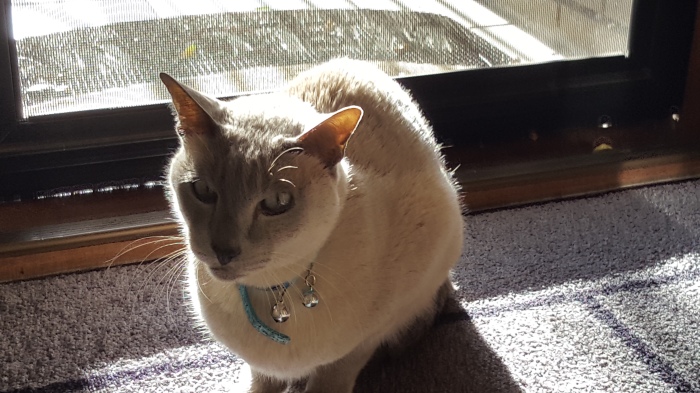 This is Chester.  I’ve just told him we will be going away for a few days.

What, again?  You do nothing but go away these days!  That look of disdain is meant to move me, but, sorry, it doesn’t.

It is retirement, you know, I say.  I’ve waited for 65 years so that I can do what I want.

Poor you!  Any idea how old you think I am?

15, mate, and lucky to have lived that long, despite the fact you’ve tried to escape.

That’s a matter of opinion, but not cat years, fool, human years.

I’d never quite worked that out.  We had a dog once, and I know that for every dog year it’s seven human years, so it was, in human terms, rather old.

I’ll look it up on the internet.

Interesting.  The first two years are worth 24 human years and 4 years for each successive year.  That makes you, wow, 76.

A smug expression takes over.  Old, he says, you don’t know what it is to be old.

Except at your age, you’re too old to be travelling.

He wanders off, the tail indicating his annoyance.  I don’t think it was what he wanted to hear.

One thought on “Conversations with my cat – 32”