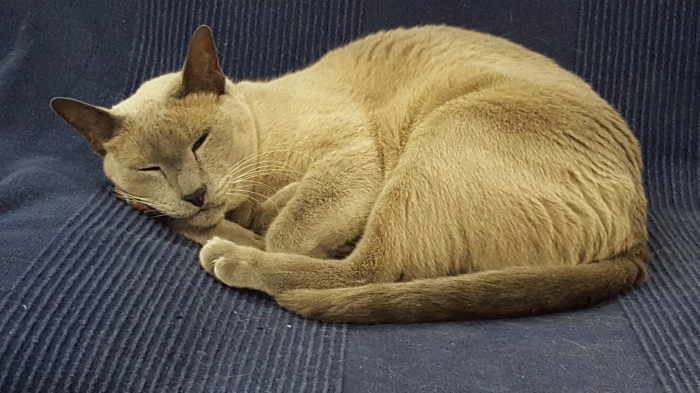 Don’t be fooled by the benign expression, I’m getting the ‘your conversation better improve, and quickly’ look.

I guess it’s the talkative Tonkinese in him, tempered by the crabby Siamese part.

We were talking about the state of the world, and he agrees it isn’t looking good, especially for travelers in Europe.  Of course, he is averse to either of us leaving him alone for any length of time, so he would say it was unsafe and we’d better stay at home.hat

I suppose that selfish part comes from the Burmese in him.

I have scratched Germany, Austria, France and England off the list for the time being and consider it’s time to see a lot more of Italy.

We’ve been there several times, to Rome, in summer, to look at the Ancient ruins (Chester was rather impressed when I showed him a picture of the Collosseum), to Florence several times, just for the ambiance, and to Venice simply because we love it.

Then, we have also spent a few days in Tuscany, in an apartment very close to the town center of Greve in Chianti.

Chester, of course, was dismissive, but, he says, if we agree to take him with us …